"These are stories about kids and monsters becoming friends
and evolving to overcome adversity.

These are stories about disparate yet kindred spirits coming together
and forming unbreakable bonds."

Animon Story is a tabletop role-playing game inspired by classic 'Kids & Monsters' media, especially anime and video games such as Digimon and Pokémon. In the game, you'll create and take on the role of Kids who team up with their very own monster buddies called Animon. Together you'll go on adventures, solve problems, grow as friends, and maybe even save the world!

Your very own Animon Story
is about to begin...

NOTE: THIS IS NOT THE FULL VERSION OF THE GAME

This download is a self-contained introductory pack, designed to give a taste of the full experience for those looking to try it out. 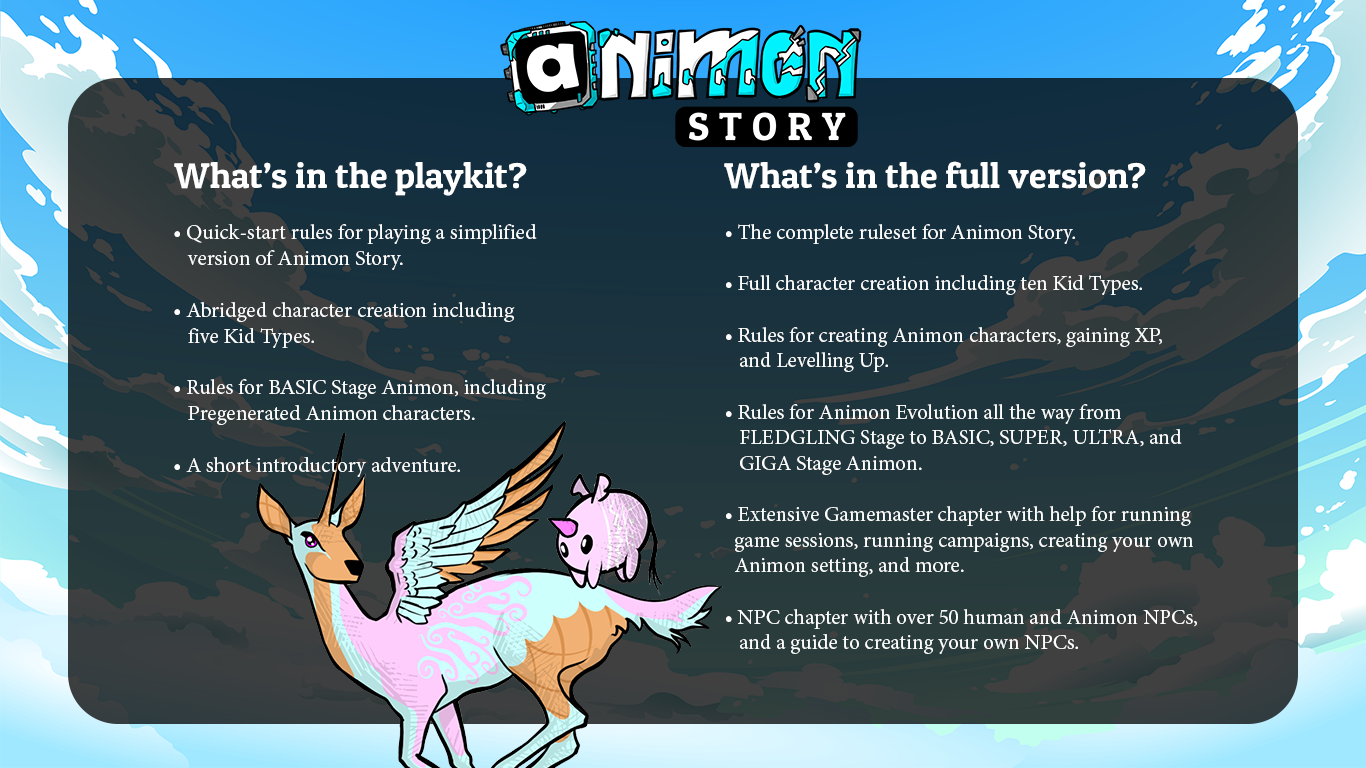 This seems so awesome, I'd love to see a soloplay version of this, it would be an instant but for me at that point (I'll still probably end up buying it anyways lol)

While the full game doesn't include any specific 'Kids in combat' related rules, it does have the full and expanded character creation which allows more customisation with both Kids and Animon - so hopefully will be easier for you to modify as you like!

Hello! Just found this and I would like to report a possible typo? I know this is a demo but this snagged me while reading:

At the end of the second sentence of the third paragraph on page 4 (Trauma): to a deep feeling of hopelessness which that it hard to fight on

Hi there, thanks for spotting that and letting me know! Glad you're enjoying it!

I am having a little dedicating stream on Twitch, can I show the quickstart? Of course I'll link to this site :)

Hey, this looks really cool! Just to check, you're looking to release the full game here? I don't usually pick up RPGs via itch.io but this may be an exception ^^

Hi there, yes I will be releasing the full game here! So glad you like the look of it!

It may also be available in other locations at some point, but you can follow me on itch, and @ZakBFree on Twitter if you want to make sure you don't miss anything.

Oh wow, I was working on a shockingly similar style of game a while back. I had a different resolution system (pbta) and a lot more design restrictions (it was meant to be played at conventions with people who potentially aren't familiar with ttrpgs), but the overall focus of a kid and their 'mon traveling and forming bonds, rather than a pure combat focus, was the same. There's actually a lot of design choices I made that are quite similar to yours.

I'm glad to hear you like the sound of it - yes I really enjoy the focus on the bonds and those types of stories. I wanted to present that first and foremost in the game, rather than trying to emulate battle mechanics from video games etc.

Good luck with your game!

This playkit contains everything to play a 'kids & monsters' RPG game. The rules are only 11 pages, and contain everything you need to know to play the game -- skill tests, combat, rest, and the all-important bond between kid and their monster.

Rules for character (and monster) creation are absent, but the kit comes with five pre-generated kids and nine pre-generated monsters to choose from.

The system is a trait-based dice pool mechanism, with skills and items adding dice. There's also a nice advantage/disadvantage mechanic which increases or lowers the target value for the roll -- very powerful with larger dice pools! The system reminds me a bit of the 'Year Zero' engine, but that may just be my own inexperience with such systems.

One thing that is missing from these pages (which I hope gets more fleshed out in the full game) is to ask the players to think about how some of these things look 'in the fiction'. Especially in the case when using Bond Points, which is a very valuable 'currency', there is the opportunity to narrate how the teamwork of the kid and their monster overcomes the adversity they are facing, which is very much 'in genre' and can serve to firmly establish the tone of the game setting.

The kit concludes with a 10-page adventure for groups to dive right in. It has a good mix of social situations (interacting with the monsters, who can speak and are sentient), exploration across the various locales and combat against the negative miasma from a meteor.

I can see groups using the first part of the playkit as a handy rules reference in the future, even when the full game has been released.

Wow, thank you so much for this thorough review! I'm very glad to have the feedback, and hope you look forward to the full version.

There is certainly more ground-level guidance towards roleplaying and narrating in the full version, and I think your point about putting a focus on that with things like Bond Points makes a lot of sense! 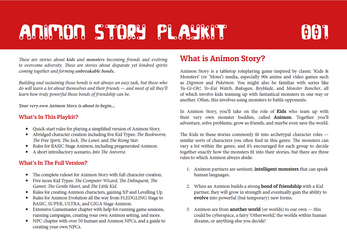 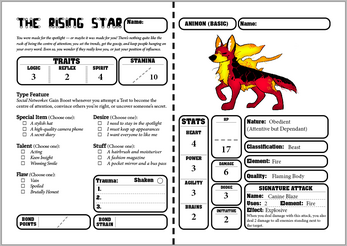 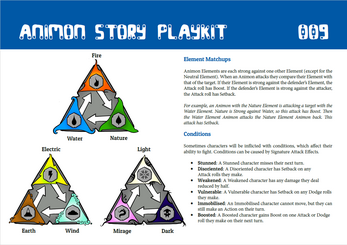 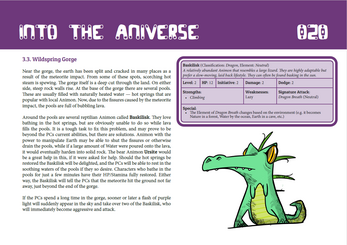